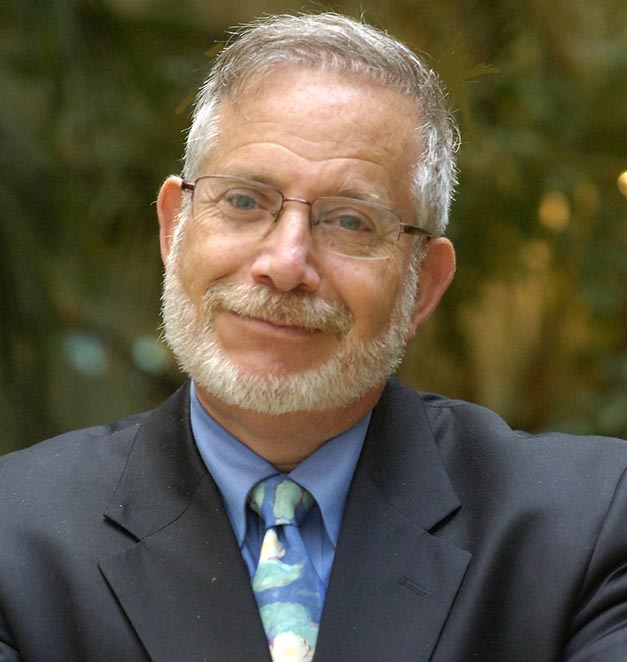 Instructor: Tim Seldin is the President of the Montessori Foundation and Chair of the International Montessori Council. His more than forty years of experience in Montessori education includes twenty-two years as Headmaster of the Barrie School in Silver Spring, Maryland, which was his own alma mater from age two through high school graduation. Tim was the co-founder and Director of the Institute for Advanced Montessori Studies, the Center for Guided Montessori Studies, and currently also serves as the Head of the New Gate School in Sarasota, Florida. He earned a B.A. in History and Philosophy from Georgetown University, an M.Ed. in Educational Administration and Supervision from The American University, and his Montessori certification from the American Montessori Society.

Tim Seldin is the author of several books on Montessori Education, including How to Raise An Amazing Child, The Montessori Way with Dr. Paul Epstein, Building a World-class Montessori School, Finding the Perfect Match – Recruit and Retain Your Ideal Enrollment, Master Teachers – Model Programs, Starting a New Montessori School, Celebrations of Life, and The World in the Palm of Her Hand.

Join the IMC now and save!

Note: This is a self-directed course presented online. Students may enroll anytime. Normally it will take approximately 12-weeks to complete, but one some students can finish in less time. There is no time limit however and students often return to the course to review it whenever they wish. It is an ‘evergreen course.’ It requires an investment of approximately 5 hours a week to read the materials, watch the videos, and complete the assignments. Class participation in the discussion forums is essential to truly take advantage of not only the prepared content, but to explore your prospective project, ask questions, and interact with other students. Additionally, the Montessori Foundation offers a series of optional weekly webinars on Wednesdays at 1 PM East Coast time in the United States. Many of these live sessions make be of interest and value to participants in the course. Questions are encouraged.

The course is designed to be a prepared learning environment for self-directed adults. Using a wide range of different resources, pitched at different levels, and chosen to stimulate discussion and inquiry rather than simply delivering information, we offer a syllabus that is both broad in its sweep while allowing participants to delve more deeply into those areas that are most relevant and interesting to them. Content is chosen to provide a balance of simple and clear explanations on one hand and challenging, somewhat controversial, interpretations on the other. We can guarantee one thing: It won’t be boring, and every participant will be challenged to confront his or her own understanding of Dr. Montessori’s work.

This course has been developed for a number of reasons. Over the years, it has become clear that there are many people who would like to know more about Montessori education than can be easily gleaned from their own reading.

The first group for which this course has been developed f non-teaching administrators of Montessori Schools who do not have formal Montessori training. While often highly qualified in regular or conventional education, these school leaders may find the classroom practices of their staff somewhat strange and, frankly, often inconsistent with their own understanding or commonly held notions of good educational practice. Similarly, school administrative and support staff often only have a cursory understanding of the principles on which the approach is based, but they are nonetheless, regularly in a position where they need to promote or support practices which confound them. This course is intended to provide insight for non-teaching and support staff as well as assistants.

Parents, attracted to some aspects of Montessori, are confused by others. Sometimes, parents want deeper understanding of Montessori and are looking for a reliable, neutral source.

The abundance of information available on the internet is both an asset and a challenge. It is virtually impossible for someone new to Montessori to sift through what is genuine and useful Montessori information from that which is confused, misleading, or simply one individual?s opinion.

The attempt to arrive at some clear, universal understanding of exactly what ‘Montessori’ actually means (and the associated discord resulting from that) has plagued the development of the Montessori approach from the outset. Even in Montessori?s day, people applied certain aspects of her work, amended some aspects, and completely omitted others. Various Montessori associations and training organizations have presented different approaches. Sometimes, the differences have been significant; sometimes, they are mere nuances for principles that are fundamentally the same.

These variations can be seen positively as a source of strength, as the means by which the system can be developed, strengthened, and new ideas and discoveries incorporated into what could, potentially, become a stagnant and dated approach. On the other hand, diversity can lead to discord and confrontation, as proponents of different interpretations lobby for one or the other approach to be recognized as the one and only truth.

This course does not seek to convince anyone that one approach to Montessori is the correct one. We will not recognize or uphold any interpretation as gospel; however, we will examine what Dr. Montessori wrote, said, and did in an attempt to fully understand how Montessori is practiced today. This will require that we fully unpack the assumptions that filter our understanding. Even if we revert to Dr. Montessori?s own writings, as we will do often in the course of the coming weeks, it quickly becomes clear that her own views evolved over time. To make a definitive statement on how Dr. Montessori would have approached any topic is fraught with difficulty, not least of which is the fact that, unless one is able to read the original Italian, we are dealing with translations. A possibly less easy to recognize challenge is that everything passes through a sieve of their own existing knowledge and bias (and this has already happened at least once in the process of translation – not only in terms of language but in terms of conceptual and contextual interpretation).

This is quite a lofty goal. The rationale is that, by unraveling those aspects of popular understanding and daily practice of Montessori, which originated in her own works, from the overlays of other paradigms, it will become easier to understand what is actually happening in Montessori schools and to express our experiences and views in ways that are unambiguous and faithful to the original vision, yet understandable by those who do not have a detailed knowledge of Montessori. What, really, is the place of Montessori in the current educational milieu, and does it have a meaningful contribution to make in education reform and transformation?

This course is, then, an attempt at finding clarity and harmony in diversity, while recognizing the value of the tension between the purity of vision and the complexity inherent in the application thereof.

More simply put, we will look at what makes what we do ‘Montessori’ (as opposed to something else). We ask, “What are the fundamental principles that cannot be changed?” We will also examine variations on that, in a non-partisan way, so that those associated with schools from different positions on the Montessori spectrum will be able to recognize what is and what isn’t best practice. It will then be easier to clearly see the implications of the various ‘analytical lenses’ through which the rest of the world views our schools.

With this in mind, we have identified a third potential interest group: Montessori educators, who would like to explore aspects of Montessori which they may not have encountered in their own training. This will give them the opportunity to look at familiar issues from a different perspective or simply find new inspiration.

The purpose of this course is to give non-Montessori trained school heads and administrators,
and others new to Montessori, knowledge and understanding of Montessori principles and
practice so that they are able to:

• Evaluate the Montessori classroom
• Evaluate if faculty are serving well as Montessori guides
• Help parents to understand what is happening in the school
• Understand the sometimes conflicting information they receive from staff, parents and
media
• To enable them to compile a handbook of best practice for the school which is
uncompromising in its commitment to clarity and excellence.

The course is focused on Montessori principles and the way in which those principles are applied
in Montessori schools, both in the USA and internationally. It is not our intention to promote any
one approach to Montessori, but rather to present dr. Montessori’s own writing and lectures as a
starting point for an exploration of what is possible, and leave the decision of what happens in
each school where that decision belongs. Rather than dictate to any head what he or she should
be doing in each school, we hope to present a “tool kit” which will allow you to make your own
decisions on a base of Montessori best practice.

Some additional aspects of Best Practice:
Creativity and imagination
The social structure of the Montessori school
Freedom and limits
Rewards and punishments / consequences / praise choice
Behavior