A Resource for All Montessori Schools

The mission of The Montessori Foundation is to inspire, nurture, and support the development of strong Montessori schools worldwide, with programs serving children from the infant and toddler level through high school.

The Montessori Foundation was established in 1992 as a 501(c)3 non-profit by several leaders of the American Montessori community to create an independent source of assistance, encouragement, and support for Montessori schools, educators, and families.

The Montessori Foundation reflects a heritage of international education and a commitment to the highest standards of Montessori program and curriculum development, the implementation of cutting-edge educational technology, and a return to Dr. Montessori’s focus on building a better world by helping children discover their capacity to live in peace, learn without boundaries, and discover the joy of friendships and community.

Today the Montessori Foundation works with more than 5,000 Montessori schools in over 50 countries.  We estimate that there are approximately 22,000 worldwide. This number is rapidly expanding.

We work with educational leaders, teachers, and school board members to promote the insights and educational approach pioneered by Dr. Maria Montessori, the world-famous physician who pioneered modern brain research and began a revolution in educational reform around the world.

The Montessori Foundation also serves as a source of information, advice, and assistance to parents who are interested in Montessori education, or who have children currently attending Montessori schools.

Montessori represents a distinctly different educational approach that has proven to be highly effective, replicable, adaptable, and sustainable around the world.

The name ‘Montessori’ is well known, but many Americans are just now becoming aware of the size of the movement and its growing support among leading proponents of meaningful educational reform.

Montessori schools begin with children when they are very young, nurturing their intelligence, creativity, and imagination. Our programs are highly flexible, allowing children to learn at their own pace, in ways that adapt to their individual learning styles. Montessori is successful with a wide range of learners, including the highly gifted.

Montessori schools are known for developing young people who have developed a passion for learning, a strong sense of independence and responsibility, a global perspective, and a tradition of giving back to their communities.

Montessori graduates include the founders of many of the world’s most successful companies (Google, Amazon, and America Online to name just three), and many other well-known figures in science, technology, and the arts.

Our Programs and Partnerships 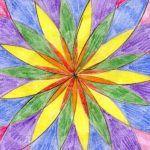 In addition to ongoing Leadership Workshops, we host an annual international conference every year in Sarasota, FL and other locations in the US and abroad. CLICK HERE FOR OUR 2017 ONLINE CONFERENCE BROCHURE & SCHEDULE. 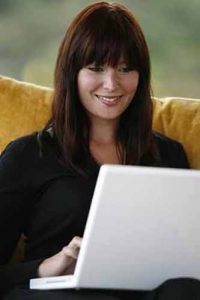 A young woman working at home on her laptop computer.

Our Montessori Leadership Institute offers a broad program of in-depth and practical workshops and courses in Montessori leadership. We offer seminars on a wide range of topics, from school design to fundraising, recruitment, internal communications, and curriculum development. Our courses are offered in person and online.

For a current schedule and more information, CLICK HERE.

Our Montessori School Consultation Service provides a wealth of knowledge and experience. We work with boards, Heads of Schools, and faculties on all issues related to creating, managing, improving, and ‘growing’ a Montessori school. Our team of experienced Montessorians work with schools throughout the world.

Through our Lab School, The NewGate School of Sarasota, Florida, we work to develop and implement new programs and curricula, test new resources, and integrate Montessori “best practices” with 21st-century technology. One of our key projects involves the develop of a replicable program and secondary Montessori curriculum that is capstoned by a Montessori International Baccalaureate Diploma Program

Become a member of The Montessori Family Alliance and ensure your subscription to Tomorrow’s Child and all the resources of this comprehensive website. CLICK HERE to pick the subscription that best suits your needs.

The Montessori Family Alliance (MFA) was designed to bring all the resources of The Montessori Foundation and The International Montessori Council (IMC) into one place, which would benefit all members of the extended Montessori community:  parents, teachers, administrators, and adult learners wishing to learn more about the Montessori Method.

The IMC has its own ‘wing’ on this website. Members of the IMC have access to all IMC-related material. They will also have limited access to posts and information that is Montessori Family Alliance material. While not everyone who is a member of the MFA may want (or need) access to IMC materials, IMC members are encouraged to consider becoming MFA members, in order to have complete access to the many benefits of complete access to the entire website.

For example, School Membership in the Montessori Family Alliance provides Tomorrow’s Child subscriptions for school families (digital and/or paper versions). For more than twenty years, Tomorrow’s Child has provided an invaluable marketing resource to schools that provide it to their parents. The MFA also offers individual memberships, subscriptions, paper and digital options,and so much more.

We have structured membership/subscription options to meet the varied needs of members of the entire Montessori community. For more information about MFA membership and/orsubscribing to Tomorrow’s Child, and giving your school access to all the resources of the Montessori Family Alliance, CLICK HERE. 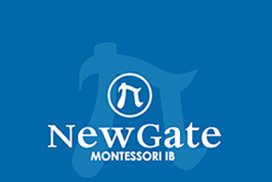 Become a member of The Montessori Family Alliance and ensure your subscription to Tomorrow’s Child and all the resources of this comprehensive website. CLICK HERE to pick the subscription that best suits your needs.

The NewGate School – Lab School of the Montessori Foundation

Through our Lab School, The NewGate School of Sarasota, Florida, we work to develop and implement new programs and curricula, test new resources, and integrate Montessori “best practices” with 21st-century technology. One of our key projects involves the development of a replicable program and secondary Montessori curriculum that includes a Montessori International Baccalaureate Diploma Program.

In 1998, The Montessori Foundation organized an independent membership organization, The International Montessori Council (IMC), to offer a wide range of programs and support to Montessori schools around the world, including school accreditation, professional development for teachers and school administrators.

Montessori Leadership is published by the Montessori Foundation on behalf of the International Montessori Council. It is written for Heads of Schools, educational coordinators, Montessori teachers, parent leaders, and members of school boards.

One of the IMC’s most valuable services is in the area of school accreditation. More and more states now require accreditation to provide evidence that a Montessori school is following a curriculum that, although different than that of traditional school, provides students with the knowledge that meets and exceeds minimal state requirements. Not only does the IMC Accreditation Program provide valuable state-mandated authentication, it is also a very thorough process by which a school conducts its own self-study program, learning valuable insights as to challenges and opportunities available to them.

By logging into this website, IMC members are given access to more than twenty years of information, forms, videos, public relations materials, ongoing webinars and course work, all of which will benefit Montessori administrators, teachers, board members, and involved parents.

There are many different IMC membership opportunities and benefits for Montessori schools and individuals. To learn more about the IMC and which membership program best suits you and/or your school’s needs, CLICK HERE.

The only catch is that you
will need to pay for the long-distance
call, and it is possible that
we may need to schedule
your telephone conference
for a time when a consultant
is free from other duties.