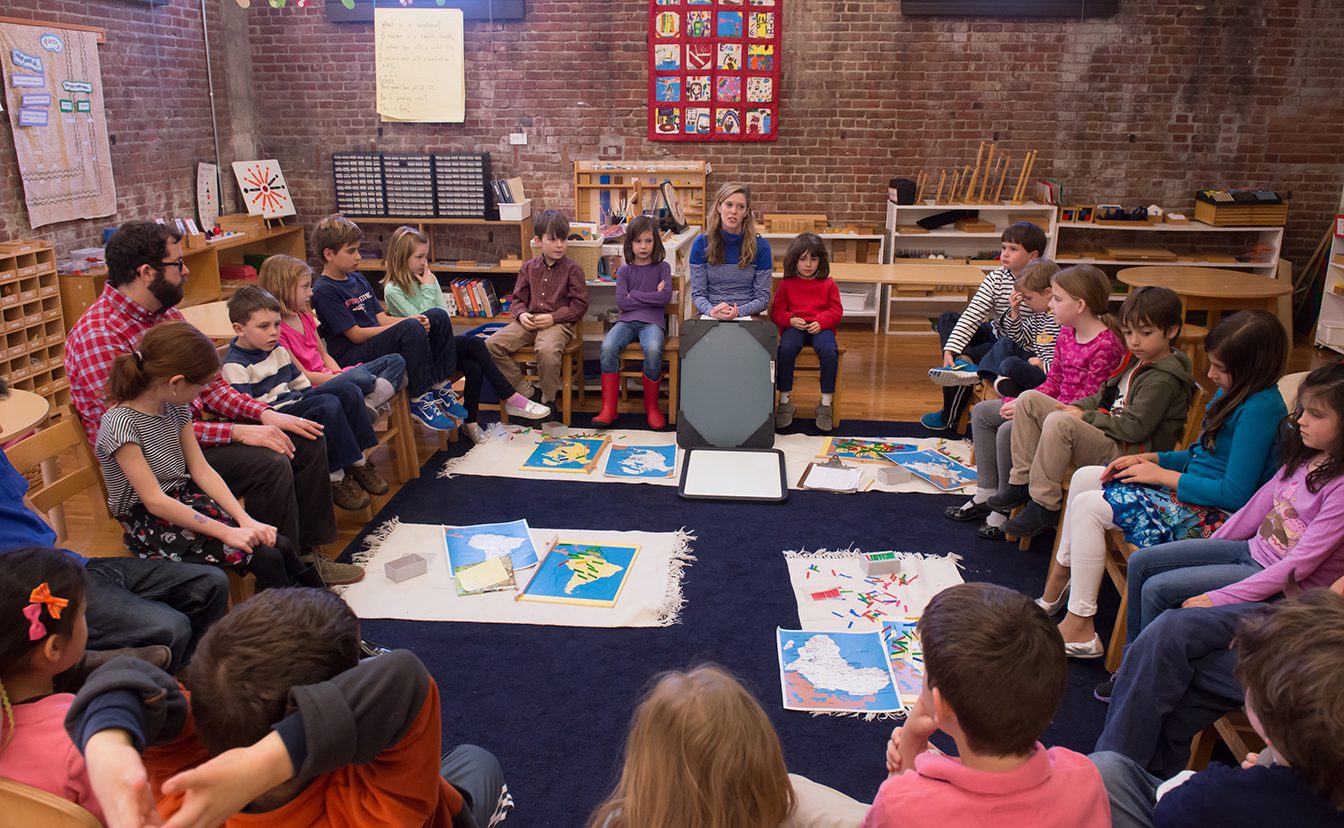 Dr. Montessori was a brilliant student of child development, and the approach that has evolved out of her research has stood the test of almost ninety years in tens of thousands of Montessori schools around the world.

The Montessori approach has two great qualities: it is replicable and can be translated successfully into all sorts of new situations, and it is sustainable – Montessori programs don’t tend to lose their identity and become something else after a few years, as have many other educational reforms. However, the only truly authentic Montessorian was Dr. Maria Montessori herself. The rest of us have been forced to interpret her ideas and methods through the filter of our personalities and experience.

While some Montessori schools try their best to remain faithful to what they perceive to be her method, in reality, even the most staunchly conservative has gradually been influenced by the evolution of our culture and technology. One would think that any two “Montessori” schools would be relatively similar in every respect. In reality, they can differ dramatically in size, facilities, programs, and emotional climate.

Saying that a school is “Montessori” can be like saying that they are Christian or Jewish. There is tremendous variation. Without getting into the question of those schools whose operations are so extraordinarily poor that they would be disavowed by liberal and conservative Montessorians alike, there is a great deal of variation within the name “Montessori.”

I know that the concept of the Montessori approach implies something like a brand-name (McDonald’s, Pizza Hut, Campbell’s soup), but the truth is that Montessori schools and Montessori teachers may share common values, but can also be significant variation. It is a shame that instead of accepting and celebrating that diversity, Montessori educations sometimes get caught up in judgmental behavior. It is no wonder that some people think Montessori might be a cult.

The selection of a Montessori school in the end comes down to a matter of personal style and preference. If you visit a school and find yourself in harmony with its ambiance and practice, it will represent at least one example of what you define to be a good school. I can only urge you to trust you eyes, ears, and gut instincts.

Tim Seldin is the President of the Montessori Foundation and Chair of the International Montessori Council. His more than forty years of experience in Montessori education includes twenty-two years as Headmaster of the Barrie School in Silver Spring, Maryland, which was his own alma mater from age two through high school graduation. Tim was the co-founder and Director of the Institute for Advanced Montessori Studies, the Center for Guided Montessori Studies, and currently also serves as the Head of the New Gate School in Sarasota, Florida. He earned a B.A. in History and Philosophy from Georgetown University, an M.Ed. in Educational Administration and Supervision from The American University, and his Montessori certification from the American Montessori Society. Tim Seldin is the author of several books on Montessori Education, including How to Raise An Amazing Child, The Montessori Way with Dr. Paul Epstein, Building a World-class Montessori School, Finding the Perfect Match – Recruit and Retain Your Ideal Enrollment, Master Teachers – Model Programs, Starting a New Montessori School, Celebrations of Life, and The World in the Palm of Her Hand.

About The Montessori Family Alliance