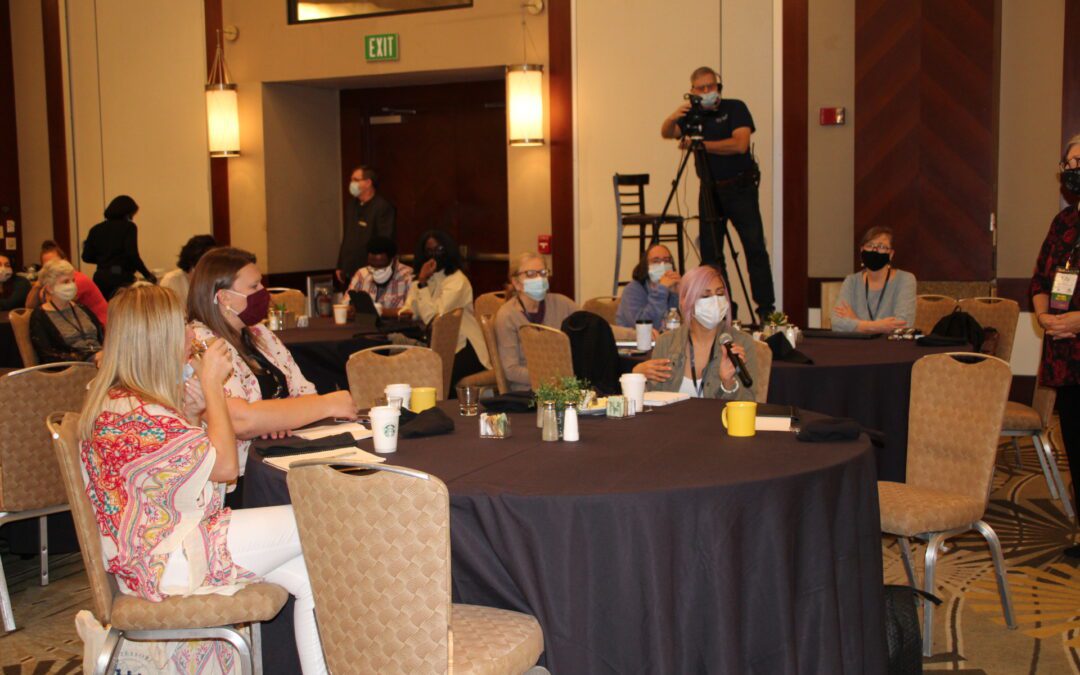 In one of the fastest-growing systems of education in the world, The Global Citizen Hong Kong Montessori Conference took place at the International Montessori School (IMS) in Stanley Market from October 7-8.

The event featured over 300 delegates from 30 different countries, as well as dozens of informative workshops which catered to specific questions and needs regarding Montessori education. Montessori is the opposite of the way most schools operate, says Tim Seldin, chairman of the International Montessori Council and one of the events keynote speakers. Many are based on the sense of education as a burden, as something terribly serious.

Our argument is that children are capable of amazing things. They are all born incredibly different, and their gifts will look different. They don’t need to operate in a culture of fear, he says. The curriculum has been widely successful in North America and Europe; however, Montessori has recently seen a boom in popularity in Hong Kong and different parts of Asia. ͞The growth of IMS shows what a huge demand there is for Montessori, says Anne Sawyer, school founder of IMS.

When we first started we had 68 children, we were a small community school. Now we have about 900 kids, she notes. Although Montessori is known mostly as an education framework for kindergarteners, IMS has helped the primary school curriculum gain traction in Hong Kong. If you look back 13 years ago, people thought Montessori was just kindergarten, says Karin Ann, another school founder of IMS.

We were the first school to bring primary here, and since then, the proliferation of primary curriculum all around the world has really grown. IMS is now the first internationally accredited Montessori primary school in greater China, and the second in Asia. Some notable attributes of Montessori education include the diverse age groups in classes, in which older children may serve as mentors to the younger ones.

While the children are given specific assignments and tasks which they must complete, they are granted the freedom to choose when, how and with whom they do the work, meaning classmates can help each other depending on their specific strengths and weaknesses.

Follow the child, a core philosophy of Montessori is based on the idea that each child has a unique style of learning, and should not be forced to learn in a rigid, pre-determined way, as is often the case with some local Hong Kong schools. Ann, who experienced a local Hong Kong education growing up, believes Montessori engaging teaching method is what appeals so strongly to parents.

The way we teach here at IMS, the children are often so engaged and challenged at just the right level, that it allows them to focus naturally without having to get told off, Says. Tim Seldin believes that the follow the child philosophy ultimately makes discipline less of an issue than with traditional, assembly line styles of teaching. If you spend much time around good Montessori schools, you’re not going to see much in the way of misbehavior, He says.

The way we go about things is we believe in prevention, not punishment. We believe that we teach correct behavior the same way other schools teach spelling and math. We demonstrate the correct behavior ourselves because It’s ridiculous and hypocritical to yell at a child and tell them to be silent, he adds.

Tim Seldin acknowledges that cultivating such a productive learning atmosphere can be challenging and that high-level teaching is a necessary component in achieving this. We put our teachers on a pedestal, He says. We look for the best and the brightest; and we put them through really rigorous, graduate-level training.

Unlike many other popular curricula, Montessori education isn’t owned by a single corporation or governing body. Montessori is not a company, it’s a scientific approach to thinking about how children learn, explains Seldin, while noting that Maria Montessori, founder of Montessori education didn’t copyright it because she was a scientist. She thought what she was discovering about humanity belonged to the world.

While the lack of copyright has allowed for Montessori education to expand at an exponentially fast rate, Ann and Sawyer urge parents who are considering enrolling their children in Montessori schools to check their credentials. Any school can just slap the Montessori name on it, says Ann. We tell parents what to look for, explains Sawyer. There are a lot of subtleties to look for, to see if a school is truly a Montessori school, but are you accredited? is a great one, she explains.

If you get the accreditation, they look at everything; where your teachers were trained, how are your finances, how do you build your community, what your curriculum? Sawyer believes that IMS primary curriculum provides a smooth transition into even the most rigorous secondary school curricula, such as those of the International Baccalaureate Diploma Program. She adds that IMS is open to developing and running a Montessori secondary school curriculum in the future. That is something which we as a school are committed to looking at strategically this year, she says.

Reprinted with permission from Education Post (http://www.educationpost.com.hk). Ben Young is assistant editor of Education Post. This article can be found online at http://tinyurl.com/ed-post-hk