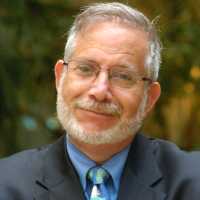 Tim SeldinTim Seldin is the President of the Montessori Foundation and Chair of the International Montessori Council. His more than forty years of experience in Montessori education includes twenty-two years as Headmaster of the Barrie School in Silver Spring, Maryland, which was his own alma mater from age two through high school graduation. Tim was the co-founder and Director of the Institute for Advanced Montessori Studies, the Center for Guided Montessori Studies, and currently also serves as the Head of the New Gate School in Sarasota, Florida. He earned a B.A. in History and Philosophy from Georgetown University, an M.Ed. in Educational Administration and Supervision from The American University, and his Montessori certification from the American Montessori Society. Tim Seldin is the author of several books on Montessori Education, including How to Raise An Amazing Child, The Montessori Way with Dr. Paul Epstein, Building a World-class Montessori School, Finding the Perfect Match - Recruit and Retain Your Ideal Enrollment, Master Teachers - Model Programs, Starting a New Montessori School, Celebrations of Life, and The World in the Palm of Her Hand.
By Nancy McCormick Rambusch   Introduction   Dr. Nancy McCormick was the founder of the American Montessori Society in 1960 and is widely considered to the tireless inspiration of the second wave of interest in Montessori education in the United States during the 1960s and 1970s. In 1992, she was a member of the founding […]