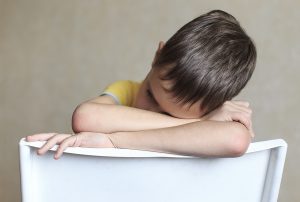 “The undisciplined child enters into discipline by working in the company of others; not being told he is naughty … Discipline is, therefore, primarily a learning experience and less a punitive experience if appropriately dealt with.” —Maria Montessori

Teachers spend years learning to create an atmosphere in Montessori classrooms that embody the wisdom of Dr. Montessori while fostering the spiritual awakening in their students and themselves.  Administrators try, via parent education and engagement, to explain the developmental stages of children so that expectations are realistic for all.  Montessori parents are a special group of people who want a very holistic education for their children. However, none of us is immune to needing some reminding of how to talk and treat people we encounter regardless of their place in this world. We are all in this together. By practicing and modeling these skills we can all benefit and change the world.

Many parents and teachers, and some Montessori Directresses make use of ‘time out’ as a means of compelling children to behave in a certain way. Sometimes, the child is required to sit on a specific chair. Sometimes this is called a ‘thinking chair,’ and the child is instructed to think about what he has done. There are many variations on this theme, and the strategy has many names. Ultimately, they all boil down to the same thing.

According to Montessori, a child who is unruly or disruptive should be taken aside by the Directress, away from the disruption of his peers. The adult will stay with the child, quietly re-assuring him, until he is ready to return to his work. This has been interpreted by some as an endorsement of the ‘time-out chair.’

Although removal from the activity of other children can help an over-excited or distraught child to calm down, it is very difficult to use the chair in a non-punitive way. Maria Montessori is quite clear in her writings that punishments have no place in a Montessori environment.

In the early years of its use, the ‘time-out chair’ was seen as a positive step in disciplining young children, as opposed to scolding or complete isolation, or in the absolutely unacceptable (but not absolutely obsolete) practice of spanking children. The technique was regarded as an aid in helping children to learn independence and self-control. Children could take part in group or individual activities as long as they obeyed the house rules. Any infraction would mean removal from activities and peers and, for a specified time, sitting in a designated place some distance away from the center of activities.

The adult then gave the child the opportunity to determine when he felt he could rejoin the group as a cooperative member or asked the child (after whatever time interval seemed appropriate) if he could now cooperate with the rules and be readmitted to the group. The problems associated with a time-out system are essentially those that arise from any method of punishment. Children may well behave in the required way, but they conform in order to avoid being sent to the chair, whether or not they have internalized the rules. It is a simple example of operant conditioning.

Time-out and other punishments are not appropriate in a Montessori environment because they focus on behavior rather than internal development. Punishments reinforce what Maria Montessori called “obedience of the wrong kind.”

Punishments don’t work because they neither help to develop the willpower associated with real choice nor do they help to teach alternative, more acceptable behaviors. Any authoritarian approach discourages creative problem-solving, the development of appropriate conflict-resolution techniques, and the growth of an internal locus of control.

In many ways, isolation from the group can be even more negative than physical punishment, as it engenders feelings of rejection in the child, which can have serious implications for children with already diminished self-esteem. These ideas are supported by Peter Haiman, who argues effectively against the use of time-out in the home. His arguments apply equally to the classroom.

Most importantly, as Ann Clewett points out, “The very existence of the chair causes anxiety in some children.”

The use of star charts and black marks (or any other version of the debit/credit system) has the same result. These systems, just by being evident in the environment, can trigger a stress response in some children, which often results in the very behavior they are designed to deter. Frequent use of these systems only serves to reinforce the child’s negative self-concept by repeatedly humiliating the transgressor in front of his peers.

Clewett’s alternatives to the time-out chair are very similar to those proposed by Dr. Montessori:

“Rather than removing the child from the learning situation when she makes mistakes, we should stop the inappropriate behavior and send her back into the situation to practice the new behavior. Once a child knows that we are helping her find new ways of accomplishing what she wants to, she will begin to think out more acceptable ways herself.”

Until she grasps the concept of alternate ways, she will revert to old habits. Intervention to prevent aggression and suggestions of acceptable alternatives must be made for a number of weeks before children begin to use the alternatives consistently themselves.

The important point in Clewett’s argument is that the adult helps the child “find new ways of accomplishing what she wants to…” Instead of trying to change the child’s behavior, we help the child choose different strategies. By avoiding the use of punishment (and, for that matter, rewards) we shift the emphasis from control to cooperation, from conflict
to collaboration.

A child who might resist control comes to see the adult as an ally, someone to turn to when help is needed. The absence of punishments and rewards is critical to the development of self-discipline.

Sharon Caldwell is a Montessori consultant in South Africa. She is also a member of the staff of the Montessori Foundation.